For a while now we have had our eyes and ears open for a sailing dingy for the boys. While we live on a sailboat, and do sail her, it's difficult to learn on such a large boat because you can't feel the wind shift and change as easily. We can stay on a tack for hours if not more not needing to do more than trim the sails. So one of the easiest ways to  learn is on a small, responsive sailing dingy. We've asked around and listened on morning nets for months, but they are pretty hard to come by in the Sea of Cortez. It's probably something we should have purchased back in the states and brought with us since getting a used sailing dingy up there is much easier (and affordable).


When the offer went out over the radio that another boat was selling their sailing dingy it wasn't a big surprise that several boats were interested. The boys were nervous someone else would beat them to it and we all anxiously awaited Chris' turn to talk with the dingy owner. In the end, all the interested parties had their chance to look at it and meet with the owner and offers were made. We offered what we could which was well under the asking price, so we held our breaths trying to not to get our hopes up. We reminded the boys that there are more dingy's out there, so we'll keep looking if this doesn't work out.

As it turns out, the owner was offered his asking price from another person, but chose to accept our offer instead because he liked our boys and their excitement over getting to learn more about sailing! 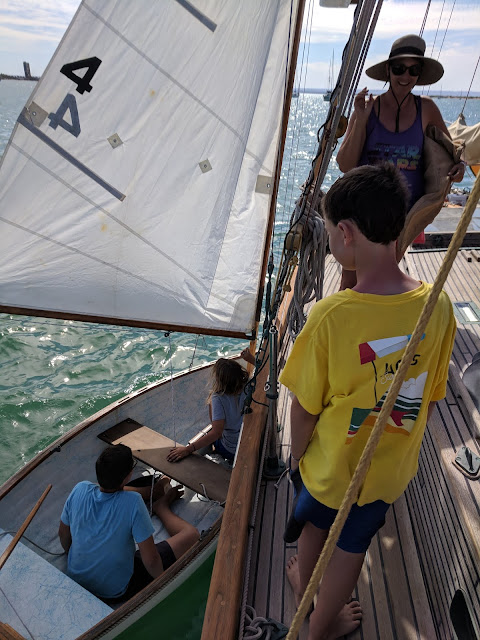 Here we are aboard the sellers boat, getting ready to sail Sea Cup away. 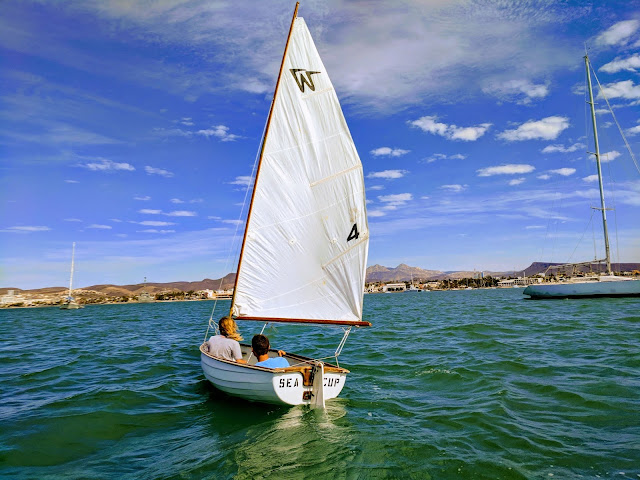 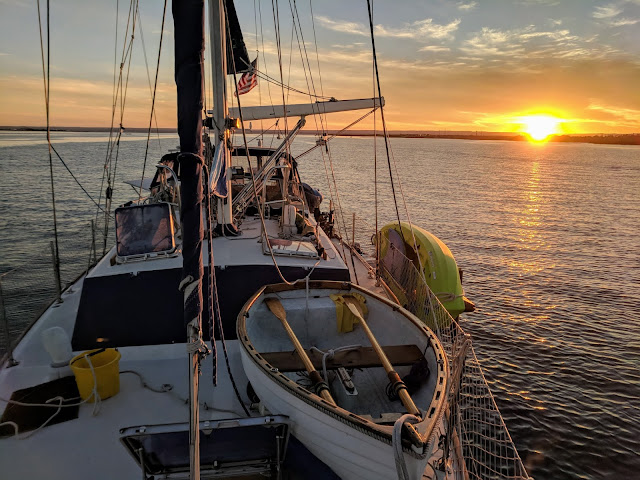 Sailboat on a sailboat at sunset.