Hola Chiapas, Mexico! Our time here was the culmination of one cruising season and the start of another. We met some fantastic people during our time here. Luis, a native Chiapas started as a driver but quickly became our friend. We enjoyed delicious meals prepared by his mom and girlfriend in their home, and for a fellow cruiser's birthday. Once again, we enjoyed the best of Mexican culture through these experiences.   We said "see you later" to our buddy boats Mobert, Free Spirit and Taliesin Rose in June, but not before celebrating Father's day while watching Mexico play in the world cup and celebrating Eli's 11'th birthday.

One unexpected journey we took was to Guatemala. When we arrived to Chiapas, we knew we had a few expired visas, and since no other port had asked to see our visa's we didn't really sweat it and hoped we could take care of it at the airport. But no, Chiapas is a border port, and they care. So we hired Luis to take us (and Mobert) to the border and help us work out our varying visa issues. It wasn't as straight forward as 5 expired visas, which would make sense. Chris and Finn had trekked back to the states together this past March so they had good visas. Mine was expired, but showed I came in by air, while Eli and Josiah's were also expired but they entered on a different date by land. We confused them with all our varying dates and types of entries. All we could say is, we travel a lot! It took the day, some tears were shed, but in the end it all was smoothed out. While we stayed our our required hours in Guatemala, we had a nice lunch, rode in our first tuk tuks, and did a little shopping for the victims of the recent volcanic eruption in the region.

On our return to Chiapas, we went on trips to local points of interest, including an authentic chocolatier, Mayan ruins at Ixapa, and a fun iguana farm and found lovely new friends with  Wendy and Magnuss on Nutshell in. I made Magness and Wendy their first turkey sandwiches as they stitched our sails. I was told it was a beautiful sandwich, which was a first for me. Loved it. 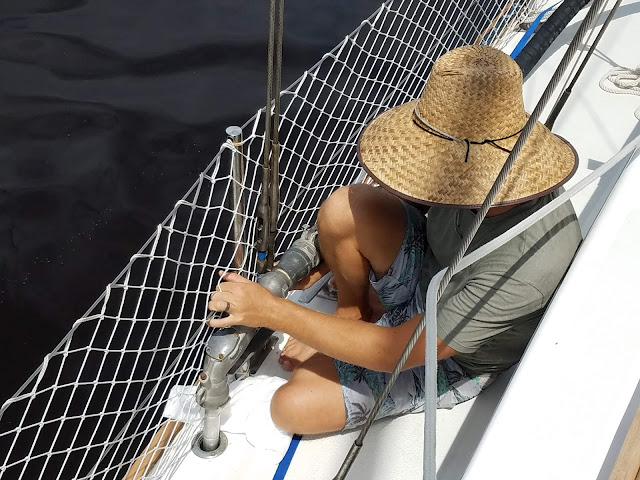 Fueling up on arrival to Chiapas 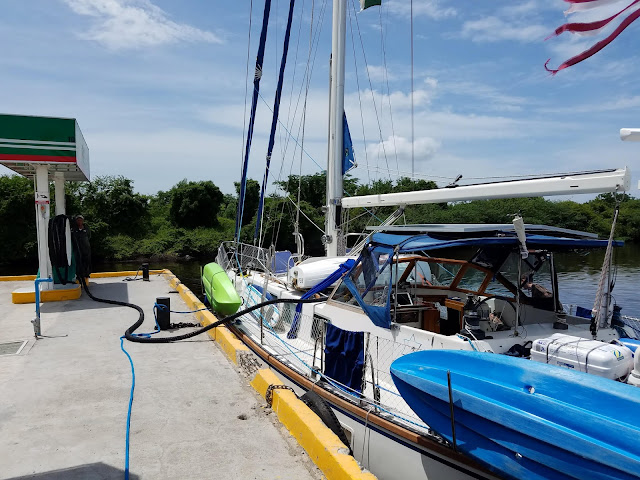 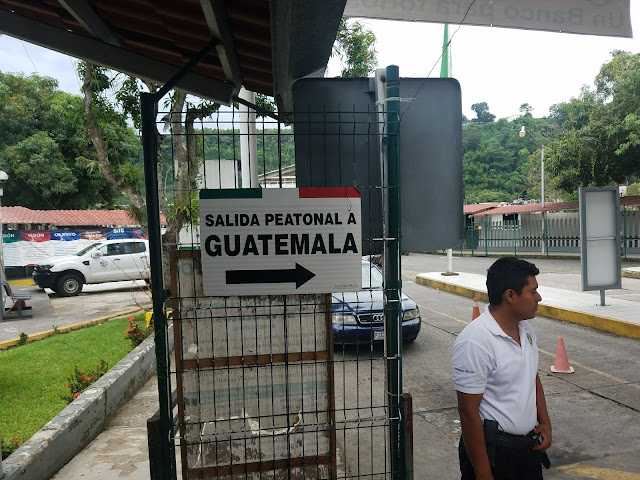 To Guatemala we go. Our first deportation.... 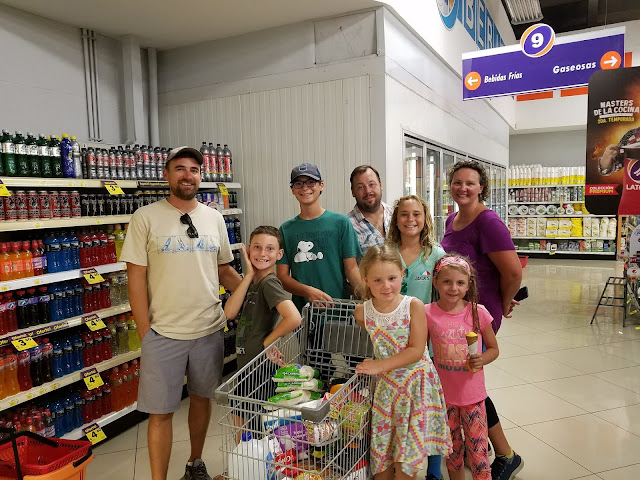 Shopping for volcano victims with Mobert 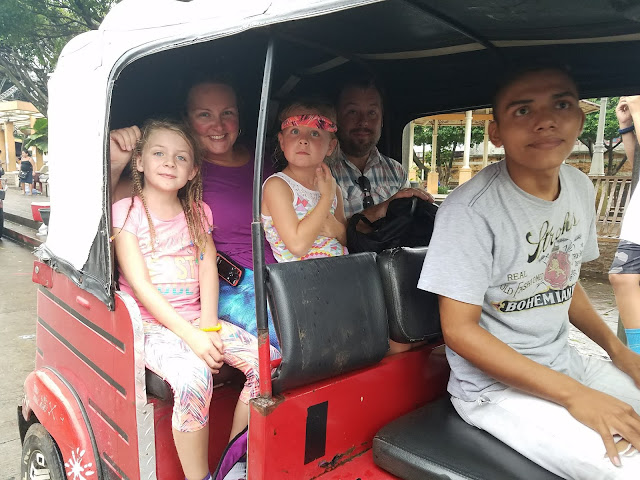 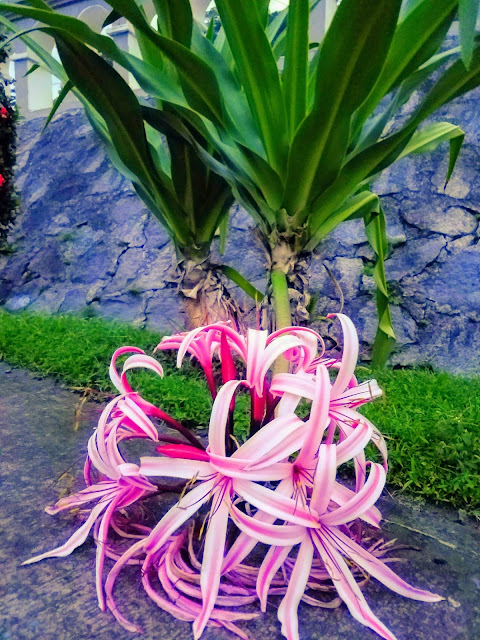 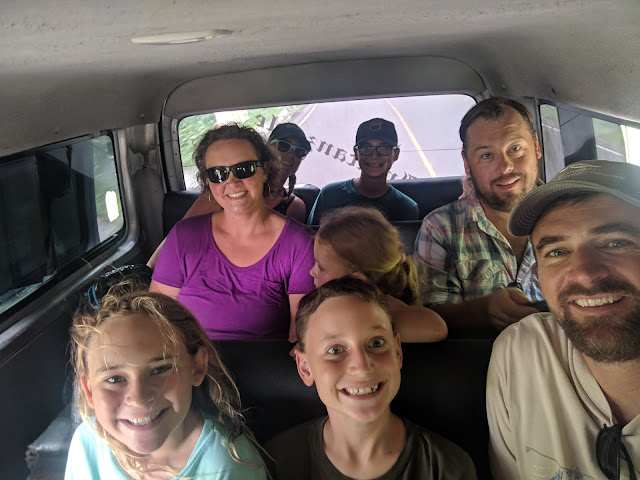 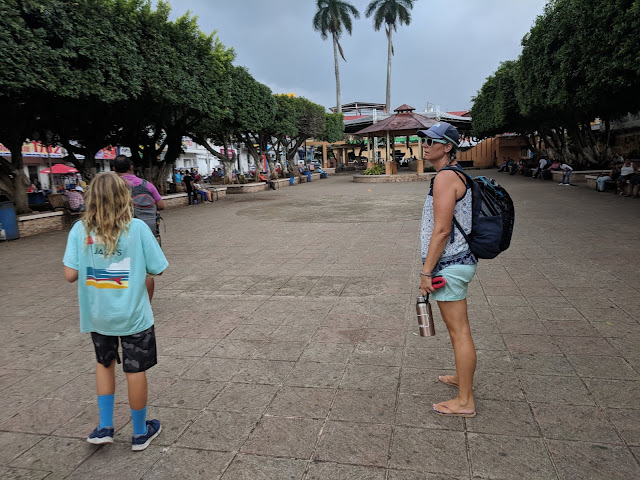 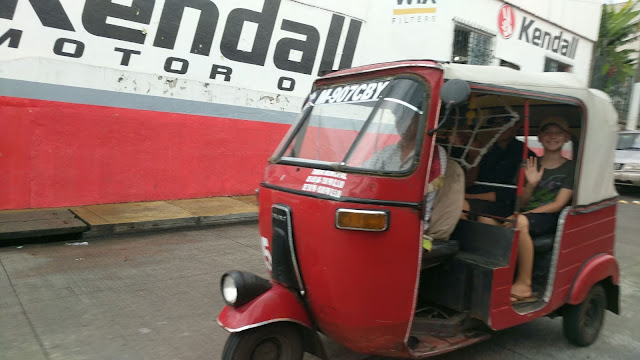 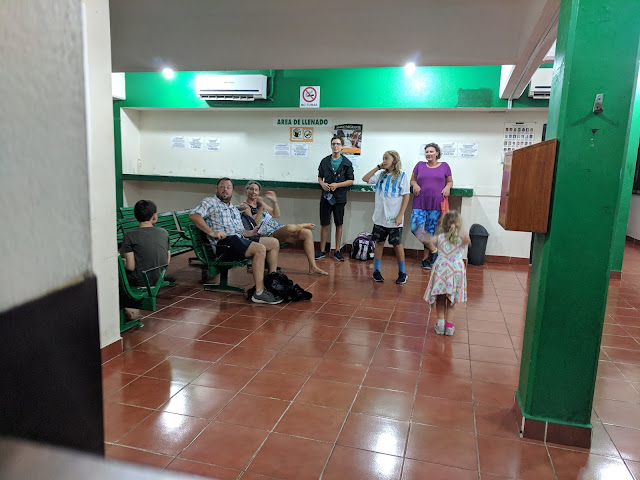 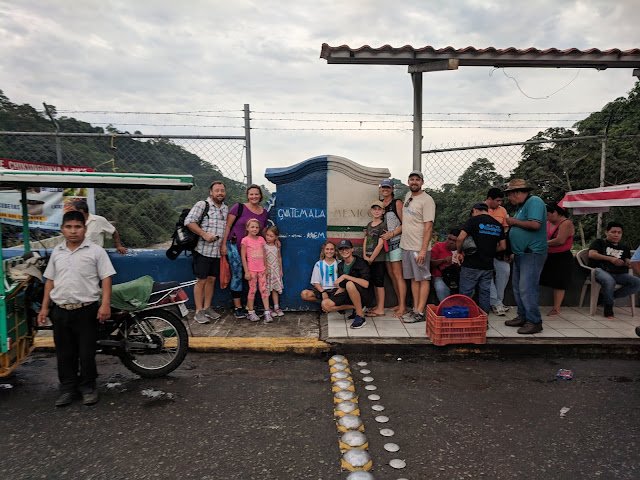 Mobert in Guatemala and Secret Water in Mexico 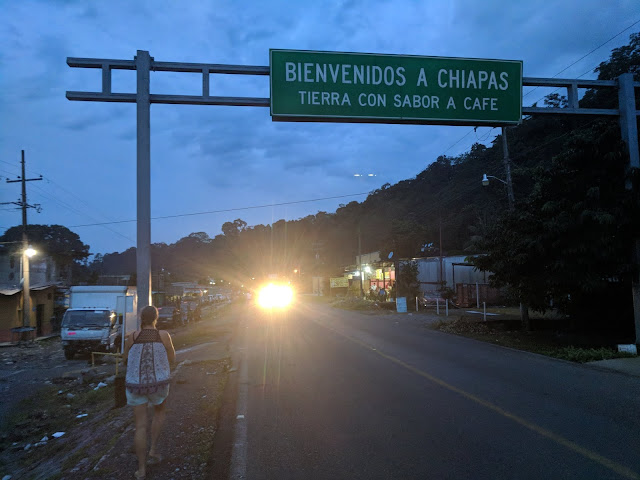 Back to Mexico after a long day 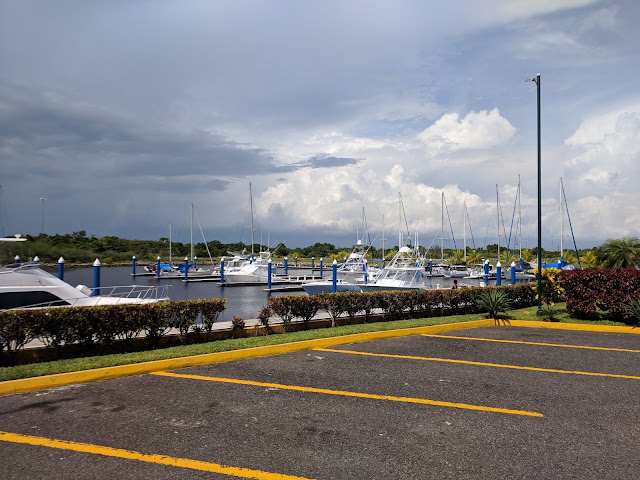 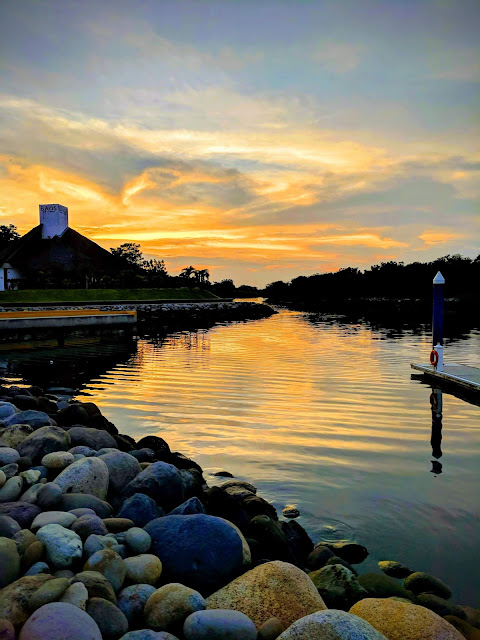 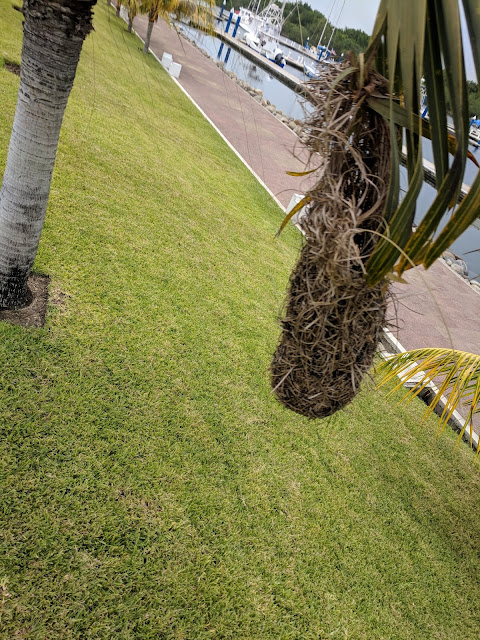 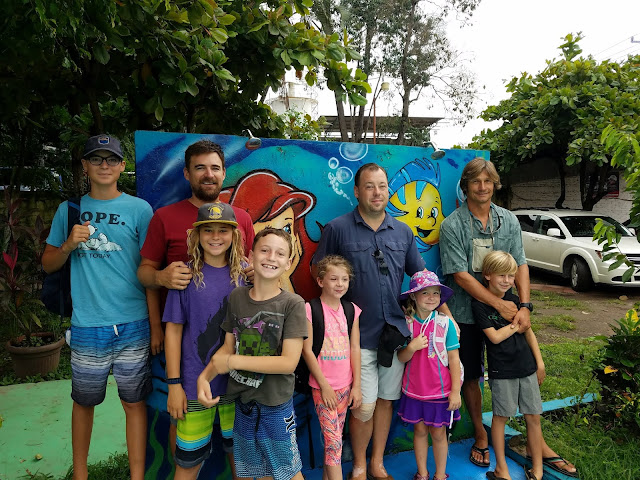 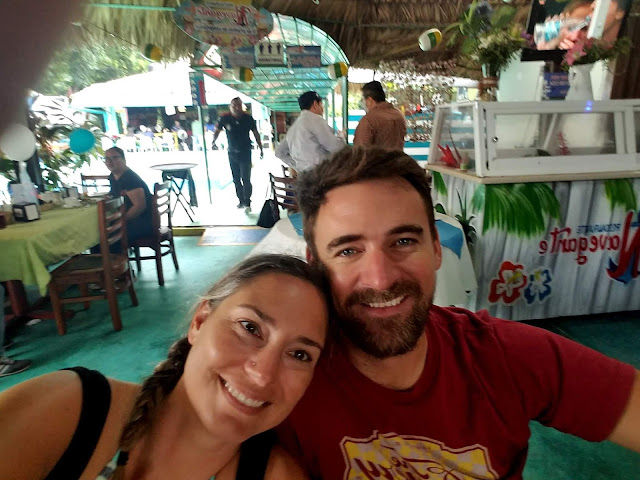 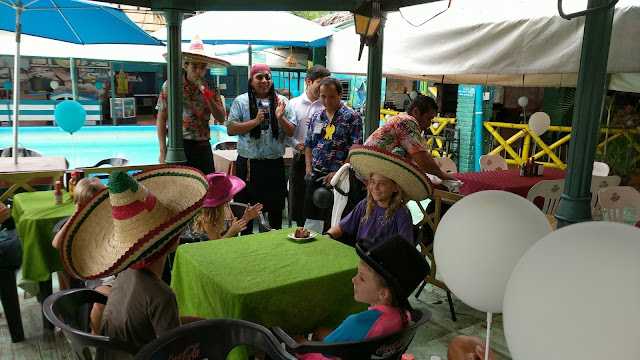 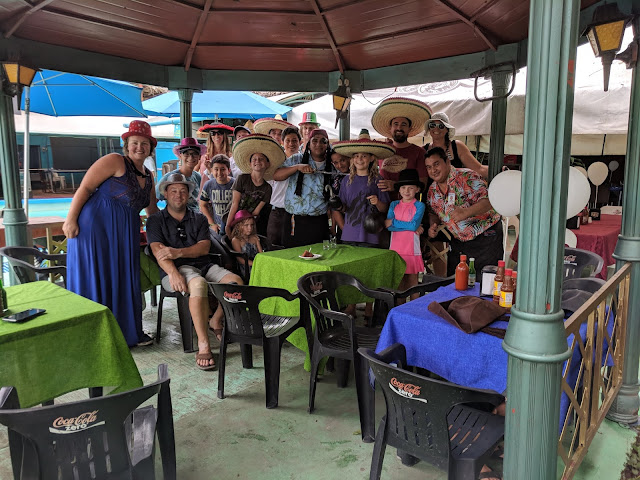 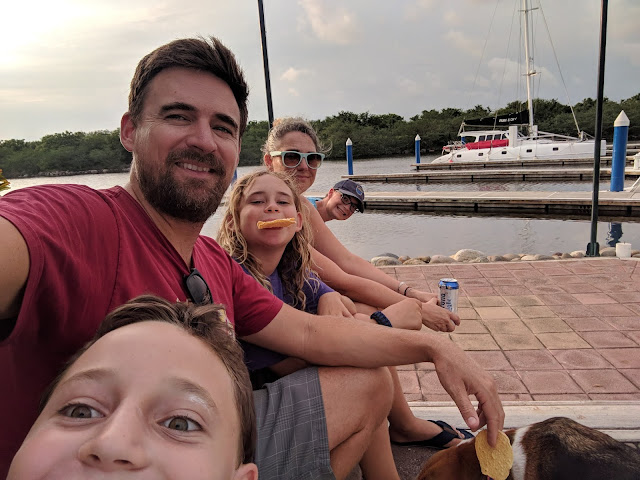 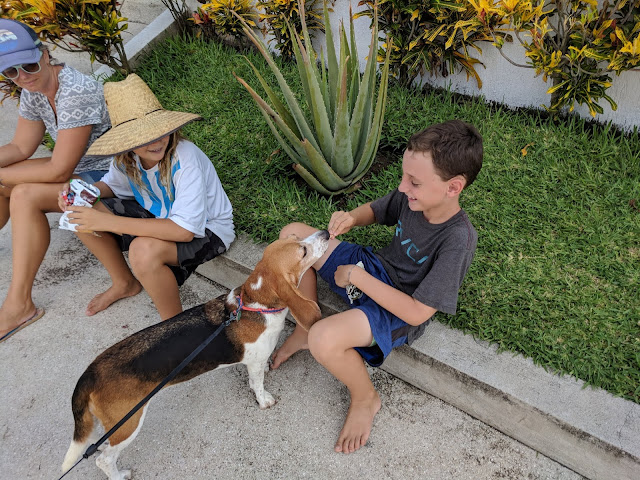 Favorite afternoon thing to do in Chiapas...go to the market for chips, ice cream and beer to cool off.