New Windows Just in time for Norma - Or Not!

Last month we experience tropical storm Lidia, and were reminded of all those pesky little leaks that had showed themselves this past winter in Newport yet did nothing about! Towels, a little bowl here or there did the trick but we found other spots with Lidia that were a little more hidden. Having that storm made us realize we should probably do something to fix the problems rather than patch them, especially since we had Hurricane Norma heading toward us.

Chris had his work cut out for him. First he needed to remove two of our forward windows, one above the Nav Station and the other one at the Lower Helm. Try as he might to do it with finesse, and keep the windows intact, both of them ended up cracking. This was the low point of the project, the point where you keep your comments to yourself. Chris then went to work looking up a marine glass shop and digesting the necessary Spanish vocabulary he would need. Since we had succomb to getting new glass, he decided to replace two more windows while he was at it. One of them had cracks from before we bought Secret Water and the other one leaked. I found it's a little nerve-wracking not having windows on our boat, one because it's darn hot outside, and two because of Norma.

But alas, all of the glass was cut and installed in time for no storm at all. Norma did turn, so much so that we never saw a drop of rain.

You'll notice there aren't any pictures of the broken glass....but a few that look more like add for butyl tape! It's not always easy to document projects as I'm off doing something else sometimes. 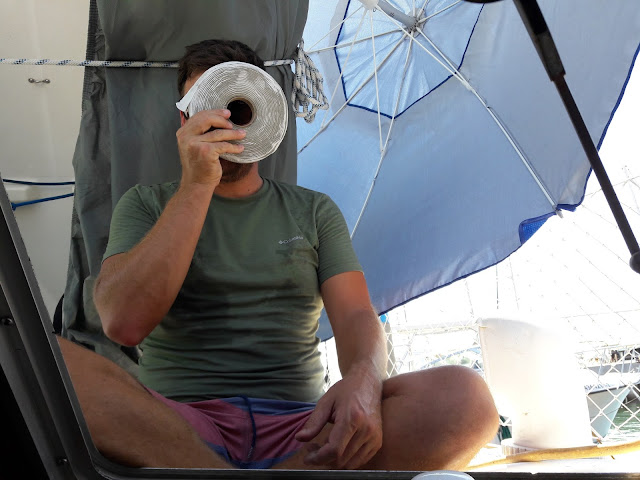 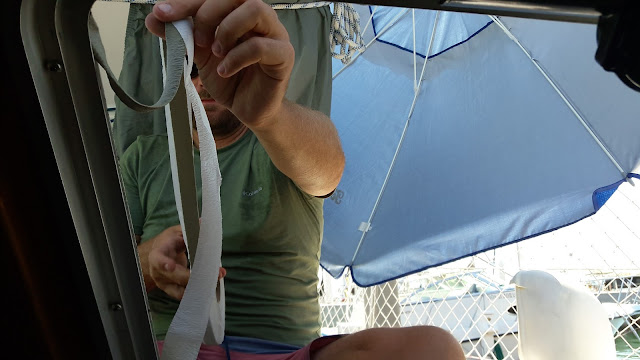 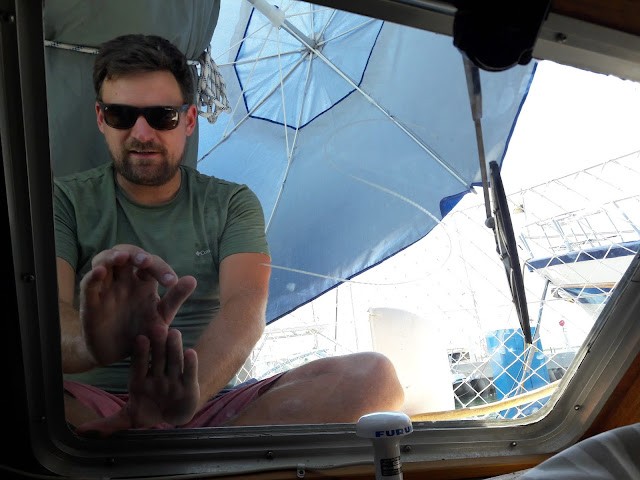